Skip to content
Regular contributor of articles to our website, Mick James, tells us of his visit over Christmas to the hometown of Patrick Bugden VC:
—
I spent Christmas in Ballina with family and had a relaxing time. We visited Alstonville (about 10 klms west on the road to Lismore) and had lunch at the Federal Hotel there. This was owned by Paddy Bugden VC’s family and he worked there before joining up in 1916.
–
The Hotel has a Tribute to Paddy in the Hotel (see photos). We also visited his Memorial around the corner in Bugden Ave.
–
I also include my photo of Paddy’s grave with Pierre’s tribute that I placed on it when I recited the Ode during my visit together with Pierre in Sept 2017.
–
LEST WE FORGET
–
I should also mention that local Rotarian, John Barnes OAM wrote a slim book about Paddy, titled “So i fear nothing”, which is part of a quote taken from a letter Paddy wrote to his mother. It is detailed on the memorial stone that forms part of his Memorial in Bugden Ave, see photo. The Rotary Club of Alstonville may have copies of the book.
– 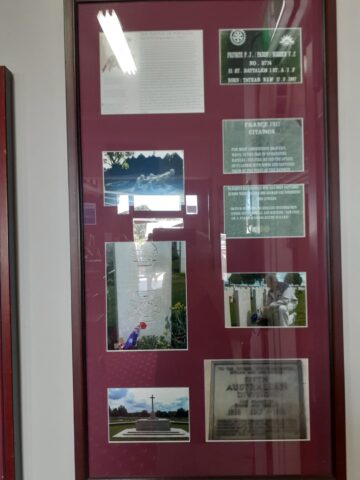 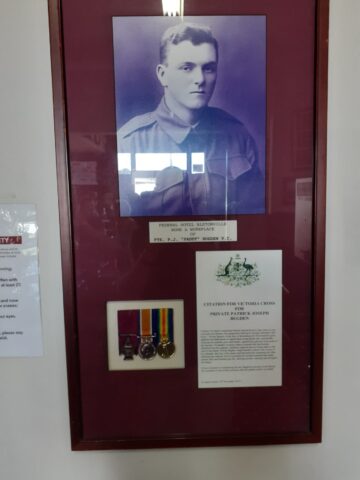 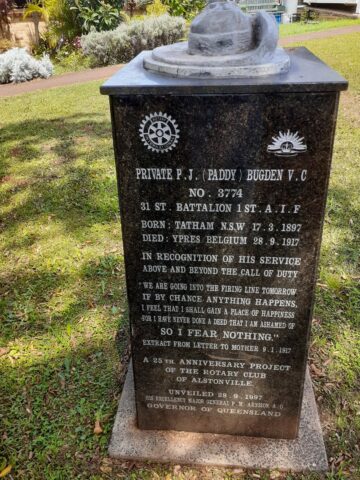 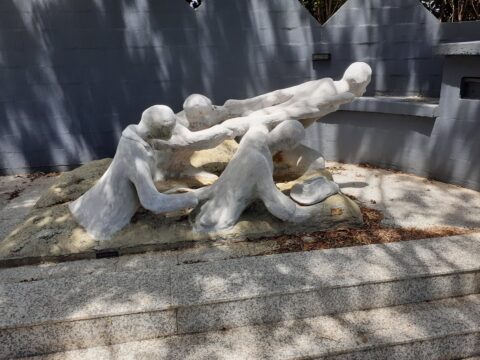 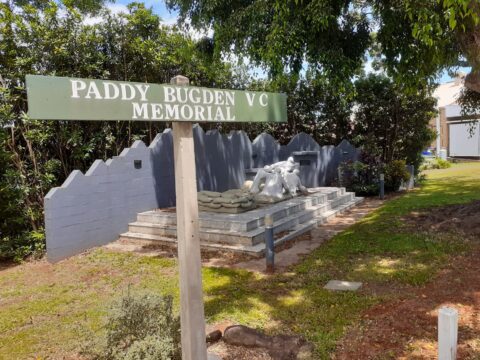 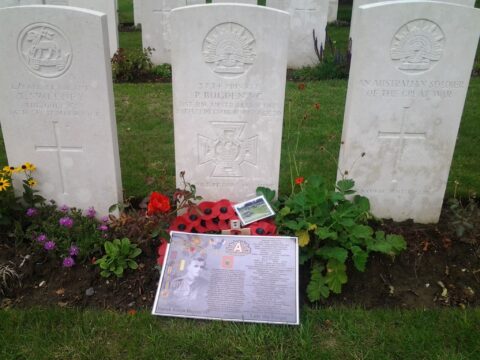 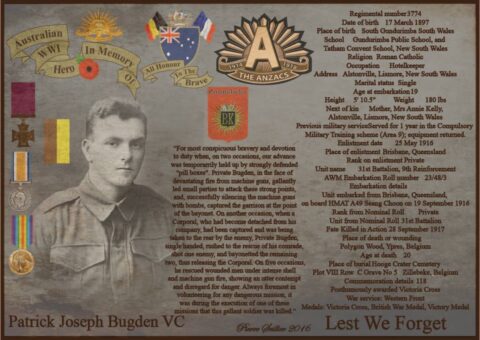