Training got off to a flying start for Battalion Headquarters  members of 31st/42nd Battalion.  Pictures below show

BHQ kicking off the week with Beep test and functional circuit under the watchful eye of the new RSM. Honorable mention to PTE Ellis Williams, WO2 Jayse Bird and SGT Phil Manning. 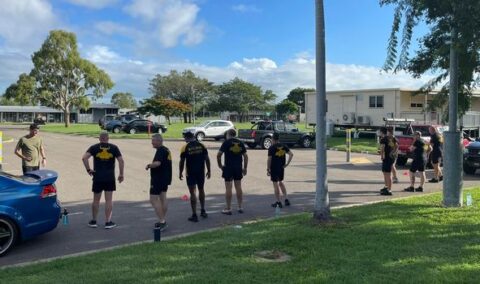 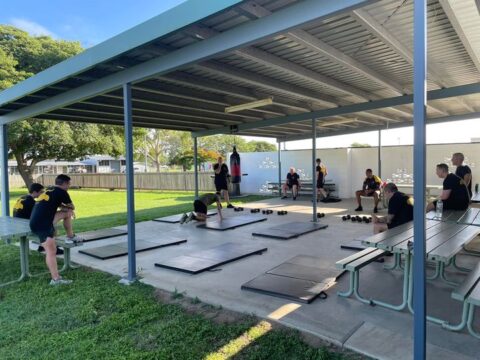 The 31st/42nd Battalion Newsletter was issued in December 2021.

Cliick on the Link Below for the latest edition.

The Secretary of the Brisbane Branch of our 31st Bn Association, Tony Wadeson passes on the following sad news: Members – We have been advised of the passing of MajGen Mick Fairweather AM RFD who was previously a Commander of 11Bde. I met him when he used to attend the yearly 31st Bn Church Service’s held in the “Rocks Area” Sydney

This is a Bio on the late MAJGEN Mick Fairweather. Mick James & Chris Hamilton have supplied the Info.  Mick was one of the old school who rose up through the Ranks & had experience of Command at all Levels from L/Cpl up. He Commanded 25th Bn RQR. Chris Hamilton has supplied the undermentioned Bio. 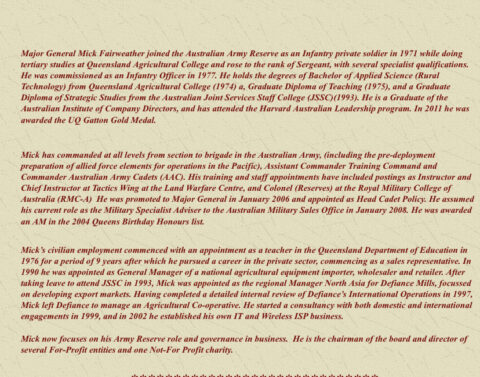 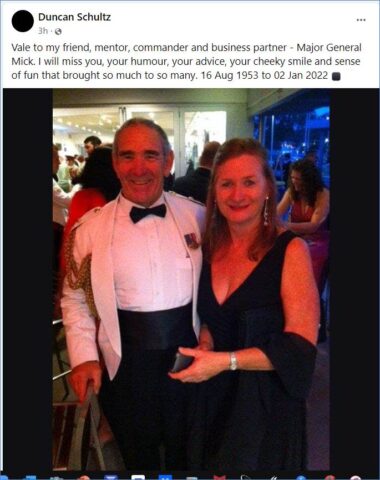 Tony continues: I did however receive the Poem reproduced below. It was passed onto me by our good mate Peter Grogan of 49 Bn & 25 Bn Associations.

You’ll note the Poem was written in Sept 1990 by one – C. Hamilton, (Now Brigadier Chris Hamilton (Rtrd) & past CO of 31st Bn), who has given me the OK to resurrect his early Jottings.

Who caught the Ares craze.

He gave up sport & drinking grog

And re-arranged his days

To put on greens & GP boots

A pack & webbing too

He headed off to QAC

To see what he could do.

They trained for wars that never came

He soldiered on & earned his pay

His mates they thought him thick

He should be here & drinking beer

Was heard about the town

But Mick the tick, he acted deaf

He was headed for a crown.

From course to course

He moved along the postings in between

From CPL Mick to SGT Mick

The wildest they had seen

He earned his pips he took the bit

No one could slow him down

The die was cast he headed fast

T’wards a pip beside that crown.

Was CAPT Mick – then MAJ Mick

He arrived up on the Downs

To join ye ken with the Mountain men

A Battalion of renown

So Company B soon came to be

The wariest of the mob

To awake poor old Roma at daylight on their jogs.

He went of then with Gentlemen

Of the other arms n corps

To do Tac 5 after he had survived

The trials of the Senior course

Promoted same as me

He’ll have to do as Chief Moutain man 11

So it came to pass when the high level brass

Write down 25th with their pen

As they dry their ink they pause to think

Of Mick & his Mountain Men.

who ended up as CO of 31st Bn on his way to be – BRIG Chris Hamilton.