Members, I regret to advise that Our fellow Member & Mate, Merv Hazell  passed

May he Rest in Peace.

Merv had been fighting a battle with Cancer for a few years. He has still been attending

meetings and services despite being quite ill. His wife Kay has been by his side fighting

the battle with him all the way. She has been truly marvelous.

passing. Merv recognised Mick & showed he was pleased to see him although he

Mick again visited Merv on Sunday 28th Nov.
Mick continues,”Kay phoned me on Monday night 29th Nov to advise that Merv
had deteriorated markedly that day. She then phoned gain on Tuesday to say
he had passed.” 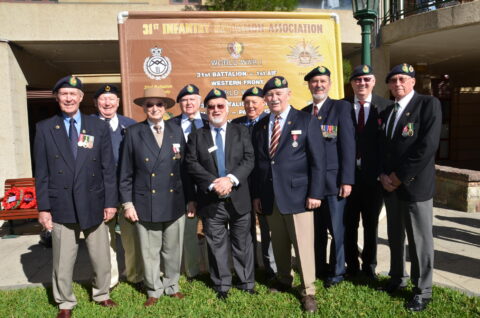 Merv in the centre of the Reserve Forces Day 2015 group 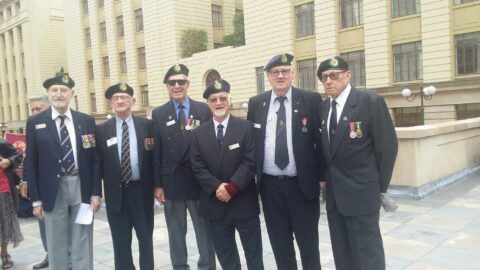 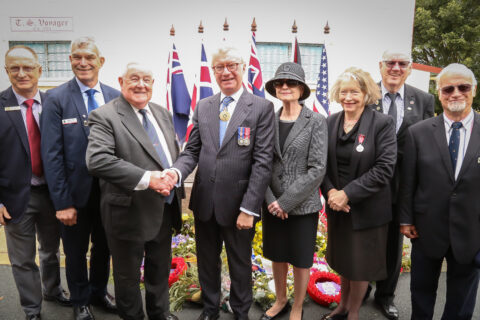 The Battle for Australia Commemoration Committee with the Queensland Governor
and his wife at the 2018 Commemoration at Chermside (Merv on the right of the group). 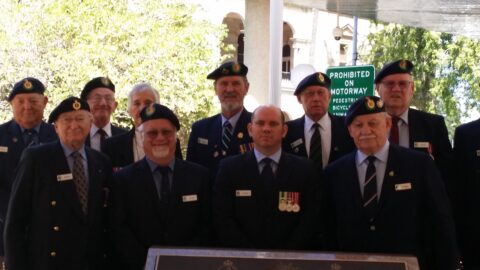 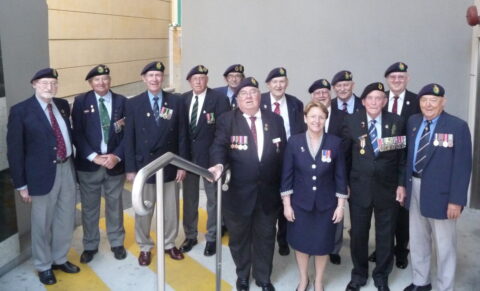 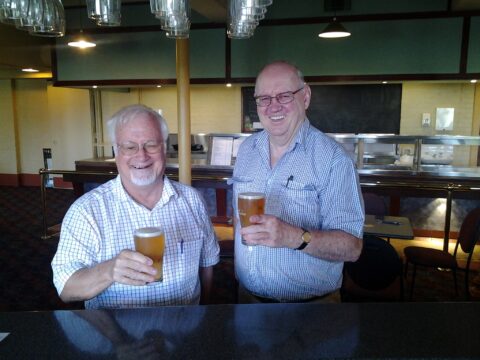 Merv and Mick James Scouting out a meeting Venue in better times.