Peter adds:  “I am doing some follow on research on 31st Bn members. Thought I could possibly share some of it somehow with members. Over coming months will post files of men in alphabetical groupings. These are and have been for a long time a ‘work in progress’ but may raise awareness of these men’s stories. If any queries, tips or corrections feel free to contact me. My intention originally was to try and place a face to each name of men in alphabetical groupings.

Awarded MM for actions: “On the 8/8/18, after the capture of the BLUE LINE this man acted as a linesman and did splendid work. He continued to work up and down the line for the next 48 hours, often under heavy fire. He showed great bravery and devotion to duty throughout the operation.”

After his discharge Bubbers went farming in Tolga in North Queensland and after World War II he worked in New Guinea. In 1948 he was a Senior Groundsman with Dept of Civil Aviation, Madang, PNG. Had his medals stolen in Cairns Qld, in Dec 1958, whilst on holiday from being a mining prospector in New Guinea. 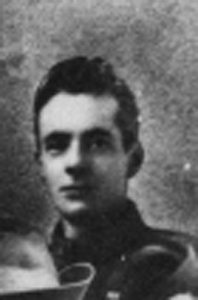