THE NINETEENTH anniversary of Reserve Forces Day was commemorated in Brisbane on Saturday, July 1, with a Recognition Ceremony and Wreath Laying in Anzac Square.

The first ceremony to recognise the contribution made to the defence of the Australian nation by the Militia — a military force that is raised from within the civilian population to supplement a regular army in conflict or an emergency — was instigated in 1998 by a committee under the chairmanship of LtCol George Hulse.

This year, more than 100 former and serving members of the three services of the Australian Defence Force, international visitors including a French Reserve Unit from New Caledonia under the Command of Docteur Christian Airault, President de l’ANM ONM-NC, plus Cadets from the three services, and civilians commemorated the day organised by the Reserve Forces Day Committee headed by Captain R W G Hume (R). 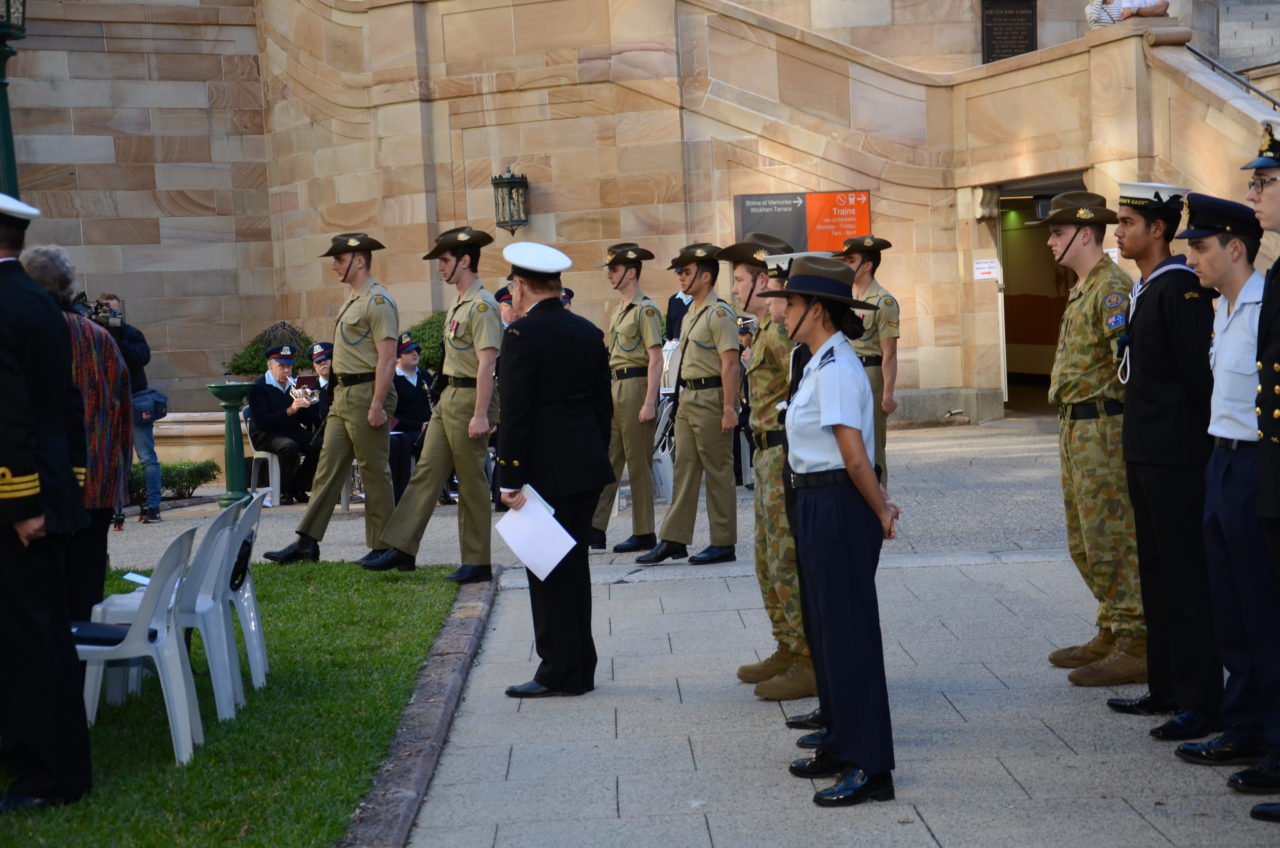 The Lawrie Young Concert Band of Brisbane provided the music.

Principal Guest was Commander Robert Horsnell CSC RANR, representing the Chief of Navy, who remains an active member of the Reserve, is semi-retired and he and his wife list themselves as Grey Nomads.

In his address to the Parade, Commander Horsnell initially recognised the efforts of LtCol Hulse, noting that “19 years on, this day is still alive and well.”

He said that as he and his wife travel Australia, they stop in country towns and villages and pay their respects at local War Memorials. “It saddens me to see the number of personnel whose names are inscribed on those memorials,” he said. “It seems that there is no corner of this country that has not been affected by the horror of war.

“In particular, my heart goes out to those communities where I see a surname repeated two or three times. I can’t even begin to comprehend the enormity of the grief those families and communities must have suffered,” he noted.

“I dare say some of the families may never have recovered.

“While we will always remember the fallen, we must also keep in our hearts their families. Lest We Forget.”

Commander Horsnell asked those to remember that Reservists, in their many guises, served long before the nation had regular permanent forces. 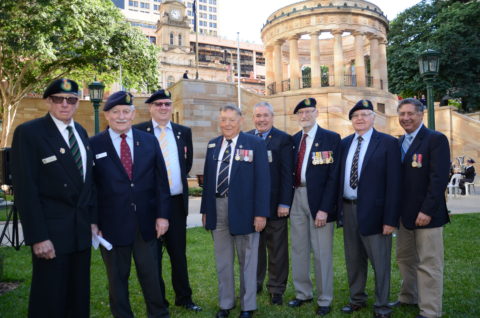 “Their service goes as far back as 1794 when 1,500 volunteers were raised to maintain order on Norfolk Island; from 1863 to 1864 when 2,500 personnel were sent to New Zealand to participate in the Waikato War; through the Boer War and to the catastrophes of the twentieth century.

“The long-awaited peace dividend failed to materialise at the end of the Cold War, and the world was plunged into another period of uncertainty leading to the ongoing war on terror.

“Our Reserves were and are still there,” he said.

“Not only are they there for high-end warfare, but their contribution covers the entire spectrum of conflict, from humanitarian aid and disaster relief to constabulary operations, border security — the list goes on.

“They are an integral and essential part of the Australian Defence Force — and never more so than today.

“Our Reservists have been there on every occasion, are still there either in front line combat units or direct support to operations, and they will continue to be there — simply because, that is what they choose to do.

“They stand-up when called, and get the job done,” Commander Horsnell emphasised.

“And in recognition of that service and commitment, I extend my thanks on behalf of the Australian nation to those of you who have served in the Australian Defence Reserves, and those currently serving.”

He continued: “Of course, for our Reservists to be able to focus on their mission, they must be supported by their immediate and extended families, and their employers. In recognising the service of our Reserve Forces, we must also recognise the support and sacrifice of those in the background.

“Put simply, without your support, without the flexibility, commitment and understanding, I doubt if our Reserve Forces would be as capable and proficient as they are today.” 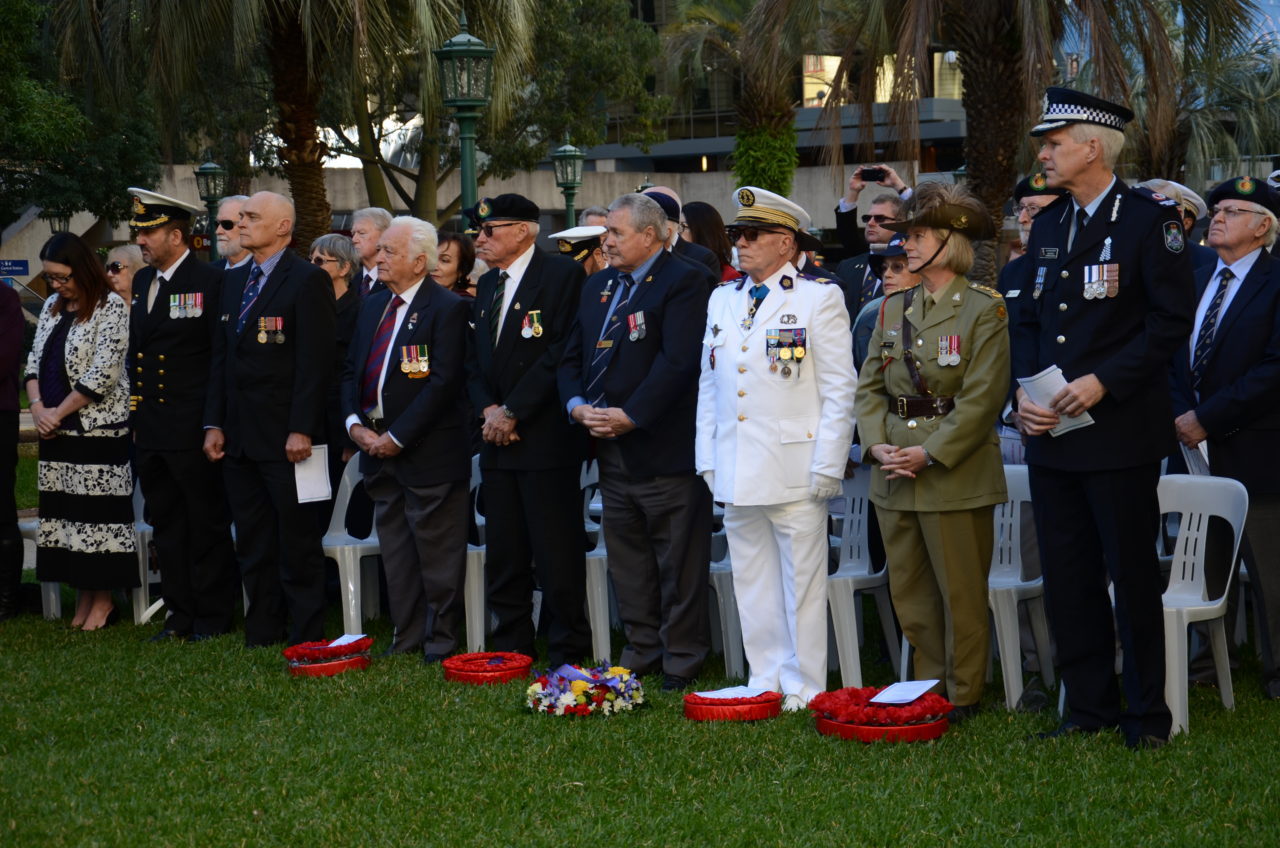 Commander Horsnell then turned to the future, noting in particular the Cadets in attendance.

“To you junior member of the Reserve, I’d like to say that by becoming a Reservist, you have taken a huge step into a bigger world — a world of service, of sacrifice, and of discipline.

“You have joined something much bigger than yourself — an institution that is, I would argue, the greatest and most respected in Australia — the Australian Defence Force.

“It has never been a better time to have taken that step,” he advised.

“Why? There are opportunities to serve locally and abroad in a huge variety of trades and profession — with more being added as technology and threats change.”

He highlighted cyber defence as being a topical and perfect example.

“There are any number of ways your service can be structured to align with your civilian employment commitments. The training will be at no cost.

“You are more closely aligned and integrated with permanent forces than ever before — providing opportunities for sharing of knowledge, skills and experiences. Support for you, your family and employer will be there. The list goes on.

“All you have to do is decide what you want to do — just do it,” Commander Horsnell advised.

“I urge you to look at our Reserve Force’s history. Look at it and learn from the extraordinary leaders that have come from it — General Monash of Gallipoli and France fame in World War I, LtCol Honner of the 39th Battalion on the Kokoda Track, as just two of many examples.

“You are now part of an extraordinary group of people with a long, proud and distinguished history of service.

“Follow their lead and step up. I congratulate you on your decision.

The ceremony continued with a wreath-laying, Cadets were called-on to recite The Ode, and was followed by the National Anthems of France and Australia.

During the service, Cadets also read messages from the Governor-General, Sir Peter Cosgrove, and Prime Minster, the Hon Malcolm Turnbull (see below).