WHEN guest of honour Brigadier Stephen Graw RFD, delivered the Reflections Address to the annual Kennedy Regiment Commemorative Service in St James Cathedral, Townsville, on Sunday, 20 August, 2017, he reminded many — if not all — of the idiosyncrasies of service that continue to transcend our lives long after we have ‘marched out’.

As a former Commanding Officer of the 31st Infantry Battalion, the Royal Queensland Regiment, and former Commander of the 11th Brigade, Brigadier Graw paid tribute to many names that have contributed to the 31st Battalion’s long-standing reputation. There were also the anecdotes that remain strong memories of service and mateship.

This was the second year that the 31st and 42nd Infantry Battalions have joined together in the long-standing commemorative service, which began many years ago in the Garrison Church in Sydney’s Rocks precinct.

Following is the Brigadier’s address:

WHEN JOHN GARDNER asked me to speak today on the topic Reflections, I thought — probably for the first time — about what the real ‘take home’ lessons from my time in uniform were — and I decided, on reflection, that there were three ‘stand-outs’.

In 1972, the Army took a pretty shy young 18-year-old and through its training — and by imposing its standards and expectations — it gave me the self-confidence and self-belief to attempt things I would probably never otherwise have attempted. And when those attempts succeeded, it reinforced that self-confidence and self-belief by recognising and rewarding the successes and opening other doors.

The Army also gave me the opportunity to develop organisational and leadership skills that were readily transferrable to just about everything else I have done in life. It taught me how to teach and pass on skills to others. The Military Instruction Techniques that I learned and practiced as a young NCO have successfully underpinned how I have taught, in both military and civilian contexts, for the last 40 years.

The second ‘stand out’ is that almost indefinable attitude that you find with soldiers — everything is achievable. Soldiers might complain when they are asked to do things with which they disagree, they might point-out flaws in the plan, might suggest better ways of doing it but, when the decision is made, they just get on and do it.

There is also often a touch of the larrikin in what they do and how they do it — usually involving a dry and often self-deprecating wit — which they can use to deadly effect with those they regard as ‘up themselves’. You find it in the nicknames that proliferate across the military — blue orchids for the RAAF, blanket counters or cockroaches for the ‘Q’ies, bait-layers for the cooks, dropshorts for the Arty — and you all know all the rest.

Individuals also get rechristened with names that their mothers would never have given them: not just the ‘Bluies’ or the ‘Chalkys’ that you find in every walk of life, but ‘Pop’ or ‘Dad’ for anyone who is a bit older than the rest of the group, ‘kit-kat’ for the LCPL who was always ‘just taking a break‘, Aspro’ — the slow-working dopes and, of course, in a more local context, ‘Burnie’ for the young officer who, having been tasked with checking fuel levels in the trucks in the vehicle park, did so using a kerosene lantern for illumination — with the obvious results.

And describing someone simply as a ‘Space Cadet’ is more clearly descriptive of their failings than any hundred-word paragraph could ever be.

You also find humour in soldiers’ everyday conversations and actions. Some that spring readily to mind are Warrant Officer Don McClure’s suggestion to Cpl Rose, a particularly short young female soldier, delivered at full roar across the parade ground, that she should ‘sue the Council’, which was followed, when she asked “why sir?”, with the explanation that it was “because they built the road too close to your behind” (or words to that effect). Or Capt John Butler who, when asked by 2LTs Stu Gauld and Paul Minton (both then lobbying hard to get their second pips), what the collective noun for second lieutenant’s was, replied, without looking up from the papers on which he was working, “a thicket, now get out.” Or the then Sgt Ken Hall who, having asked his brand new 2Lt Platoon Commander whether he had taken his anti-malarial pill that day and been told that he had not been issued any, re-assured him that he had a few spares — and then fed him a blue tablet from the old water sterilisation kits every day for the rest of the exercise. Or the probably apocryphal comment supposedly written on an anonymous officer’s PR19 — “Soldiers will follow this officer anywhere, if only out of idle curiosity.” The Army might not be the only place you find characters like that, but it certainly seems to be home to more than its fair share. 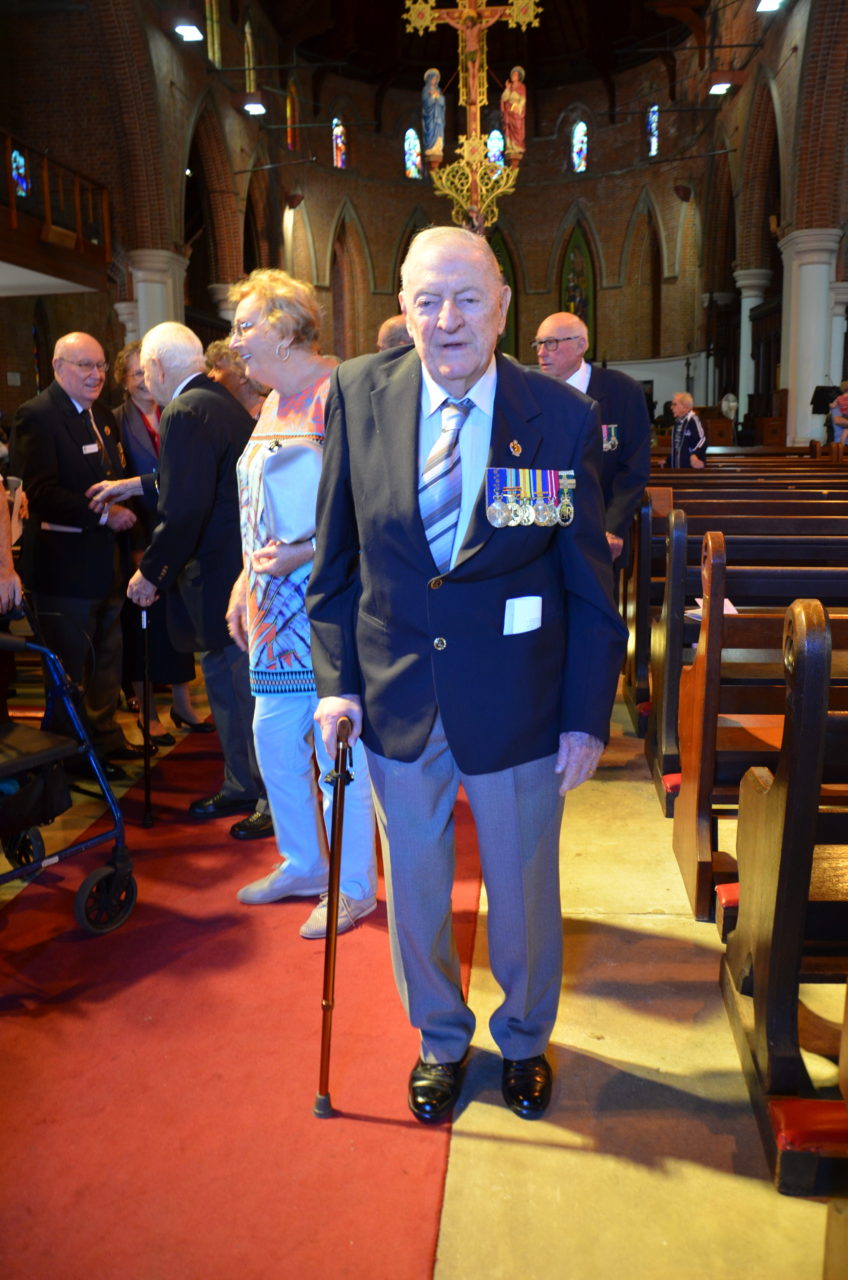 The third and, probably, most important ‘stand-out’ from my time in the Army (and by now it is probably obvious) is the people.

Every single one of those with whom I worked, in any rank and whether Regular or Reserve, influenced me in one way or another. Our patron, Colonel Hugh Gaffney, the grand old man of the Reserve in North Queensland, entrusted me, as a young Lieutenant, with the running of a recruit course in 1980 — with 146 soldiers and three second lieutenants and a female corporal as my four platoon commanders. In a way it was like being thrown in at the deep end (though the SO2, MAJ Bob Semple, did keep a fatherly eye on things to make sure that I did not stuff up too badly). However, the lessons I learnt from that stood me in good stead for the rest of my military career. Hugh also taught me a number of other invaluable lessons using the time-honoured method of delivering a firm kick up the backside when I did stuff up. Those kicks were all, I should confirm, thoroughly deserved.

Neil Gist was my boss at OCTU for two years. He reinforced a lot of what I had learned up to that point about practical leadership and also about the importance of timely and detailed planning – the seven ‘P’s. He also taught me the value of being a little circumspect in your communications with senior officers when he included in the mid-term course reports handed to the cadets for whom I was responsible, verbatim comments which I had intended only for him. “Waste of space” and “I would not feed this clown” were two I remember that probably could have done with some editorial adjustment.

Chris Cummings as CO taught me to check everything, and then check it again — though it was perhaps a little daunting for young soldiers to be faced by their CO, with pull-through in hand, checking weapon cleanliness and, more often than not, finding carbon in parts of the weapon they had missed.

Rod Golding gave me what turned out to be one of the two best pieces of advice I ever received. There are three things that a commander needs to do, he said: make sure that the soldiers are fed properly, that they are paid correctly and that their training is relevant, interesting and challenging. Do that and they will forgive you just about anything else. (The other best piece of advice was “bad news does not get any better with age” – delivered on three separate occasions by three separate Generals on the same pre-command course — so they must have meant it).

I never got to work with many of the stalwarts of the 31st Battalion Association while they were still serving. Bob Burla had retired by the time I arrived in North Queensland — but I got to know him well through the association and in his role as the Unit historian, and I still regard helping Elsie get Bob’s history published to be one of the most worthwhile things I have ever done. Bob taught me the importance of knowing where you have come from and keeping traditions alive. John Gardner had also retired by the time I arrived but, as with Bob, I have got to know him (and Terry Hansen and others) in the intervening years since. They, and all the other members of the association, form an indelible link between the unit today and its close forebears.

There are literally hundreds of other names from over the years. Our Townsville president, Greg Stokie, was my contemporary and a fellow Company Commander, Peter Dorman and Stu Gauld were my 2ICs at 31, Dave Siggers, Gerry Southward, Paul Ellems, Libby Scarce, Alan Bruce, Warren Humphries, Keith Hopkins, Kevin Blackford, Linda Gangemi, Mark Allen, Rick Butler, Roger Burgess (it was Roger who, on an exercise in Hawaii in 1986, conned a US Army Major into trading him his uniform for a bottle of beer — and it wasn’t even Australian beer — it was Steinlager), and far too many others to name individually.

They all, however, had one thing in common — they were all soldiers. That is not a title that someone gives you; it is a title you earn — and when you have earned it, no-one can ever take it away.

Perhaps, upon reflection, that is the most important thing I learned in 32 years.