The following series of pictures of 31st Battalion have been unearthed by Geoff Barlow. They were taken in the date range between 1959 and 1964. Note the change from Khaki uniforms to Jungle Green uniforms. The uniform changeover took place for most of us in 1961. Our Brisbane Branch Secretary Tony Wadeson remembers that Geoff was a Sergeant in 31st Battalion in those years. Geoff qualified as a Pharmacist and subsequently joined the regular Army Medical Corps. He served in Viet Nam during the conflict and finally retired with the rank of LtCol.

Tony also appears in the photos as a young Second Leiutenant carrying the colours on the Anzac Day Parade. 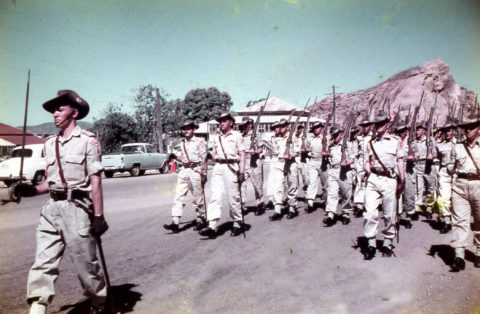 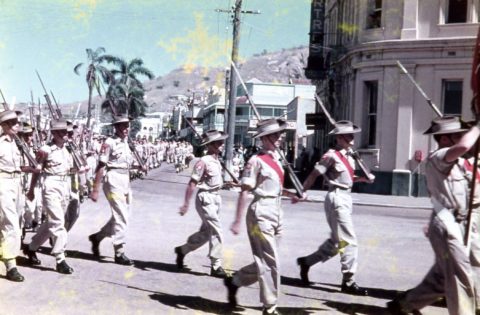 Freedom of the City Parade August 1959 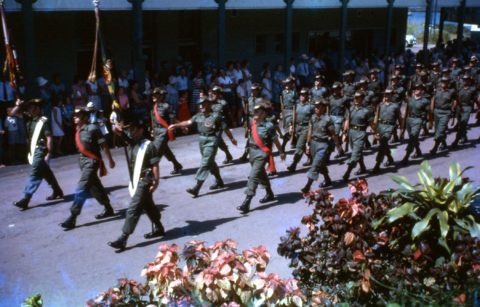 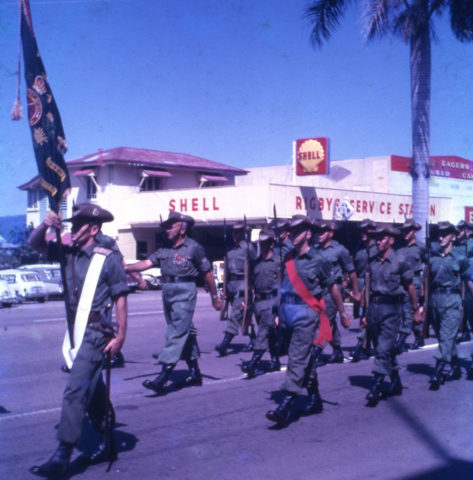 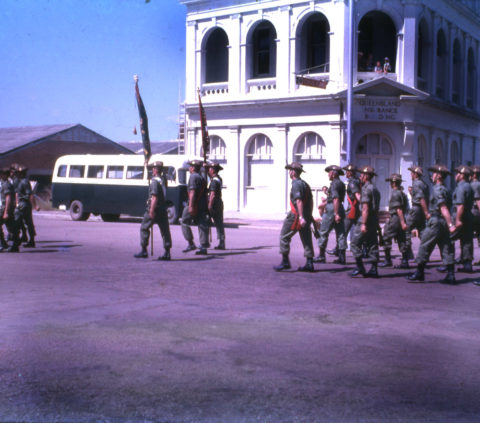 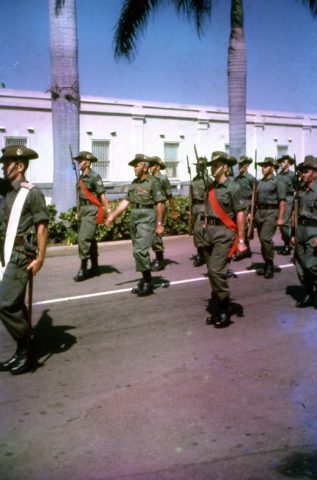