Skip to content
Tim Lewis, who is our Liaison Officer for 2/31st Battalion matters has a particular interest in the town of Greta NSW. His great grandfather happened to be Mayor of the town of Greta covering two periods between 1915 and 1920. Tim, whose father was an Officer in the 2/31st Battalion, is in regular contact with a friend by the name of Ken Driscoll. Ken has compiled a book about all 300 (approximately) diggers named on the memorial in Greta.
Tim was anxious to know whether Ken had found any 31st Battalion diggers amongst them. Six were found one of whom was Pte Harry Boughton MM.
Tim adds “At the time that these diggers went to war, included in their number was one of my grandfathers and a great uncle; they were with the 18th and 54th Battalions respectively. The citizens of Greta bestowed upon them these medalions, pictured front and back, My grandfather’s is one of four known to be in existence today”.
Greta was a town of some few thousand people in 1915 but, like so many rural communities, by the census of 2016 had shrunk to 2,830.
The courageous action that saw Harry Boughton awarded the Military Medal (Award Document Below) was covered in the story of Lt Albert Hill which was posted on this website in December 2018. (Type the name Albert Hill in the Search Box on this website). –
.
Private Harry Boughton’s Military Medal citation reads:
.
For Conspicuous gallantry and bravery in the field. Near Bouzencourt on 10th May 1918, a British single-seat aeroplane (Lt Baker, 80th Squadron RAF) crashed out of control at about 7.10pm in full daylight inside the German outpost line. On his Platoon Commander calling for a volunteer to assist him to carry the pilot in, Private Boughton volunteered, though the enemy were heavily machine-gunning the plane and our trenches. He coolly walked across No Mans Land with Lieutenant Hill and assisted him to extricate and carry back to our trenches the pilot, who was badly dazed though unwounded.
This act, coolly carried out in the face of enemy fire, required the greatest pluck, and the magnificent courage displayed, served as an excellent example for Private Boughton’s comrades.
C.A.G. 15 dated 4.2.1919 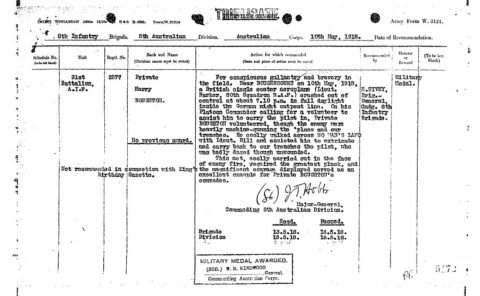 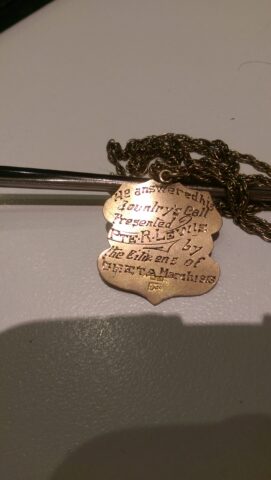 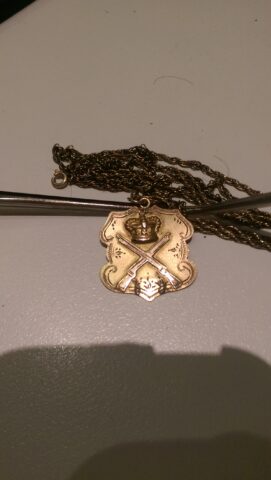 Medalions (Engraved and Obverse sides) Awarded by the Citizens of Greta
. 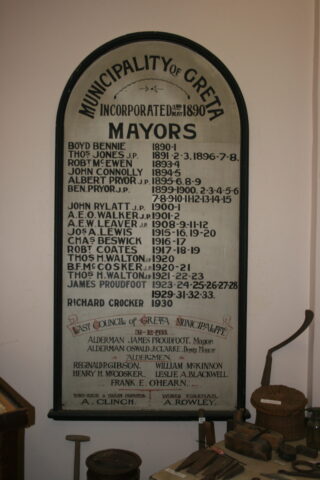