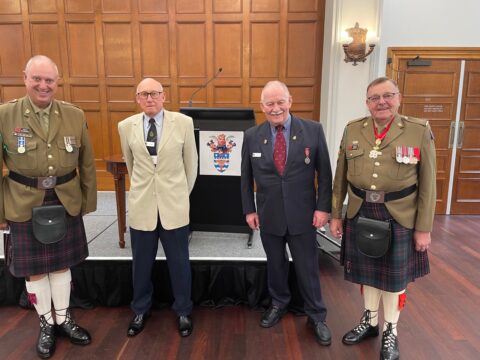 Members of the RESERVE FORCES DAY COMMITTEE – S.E. Q’ld. – From Left to Right  –

The Drum Major &  Pipe Major were a great help to us at Our Battle of Fromelles Commemoration Service held in Ipswich – 19th July this year.  Regards Tony